Visualisation of the field of algebraic numbers in the complex plane

Hot to plot the field of algebraic numbers in the complex plane? 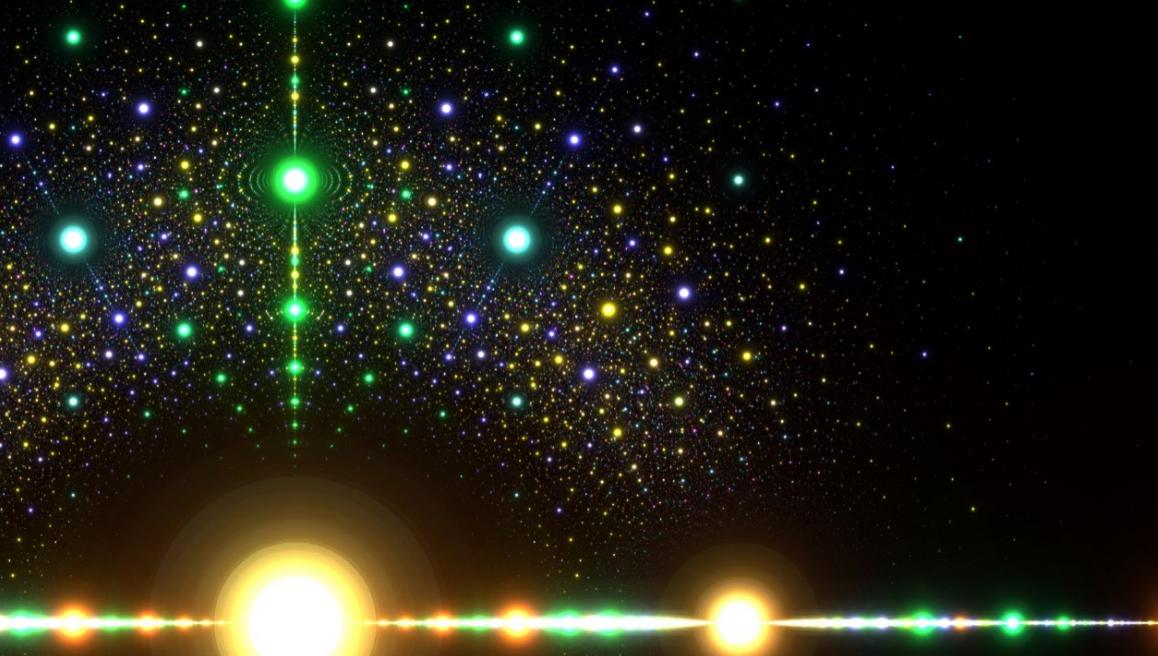 In this picture, the color of a point indicates the degree of the polynomial of which it’s a root:

yellow = roots of quartic polynomials, and so on

but it doesn't work..

graphics number-theory
Share
Improve this question
asked May 23 '16 at 17:52

Your code works fine, but it's missing half the roots, and a Flattening of the list of numbers prior to applying Re and Im helps. Adding those in: 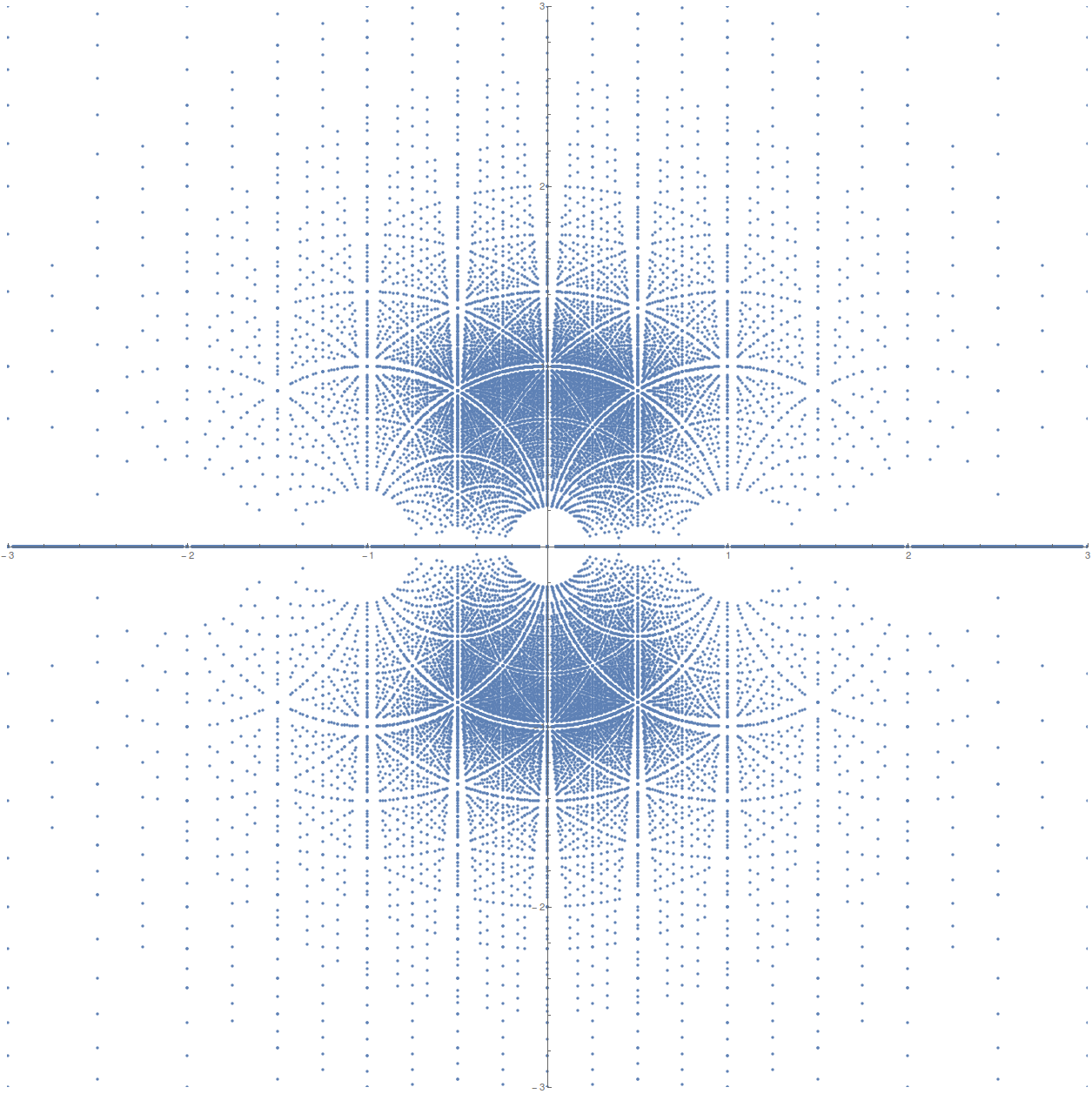 Which is pretty nice!

If you'd like to generate images more like the one in the Wiki article or my examples, you can do the following steps:

Here's an example you can get from the above: 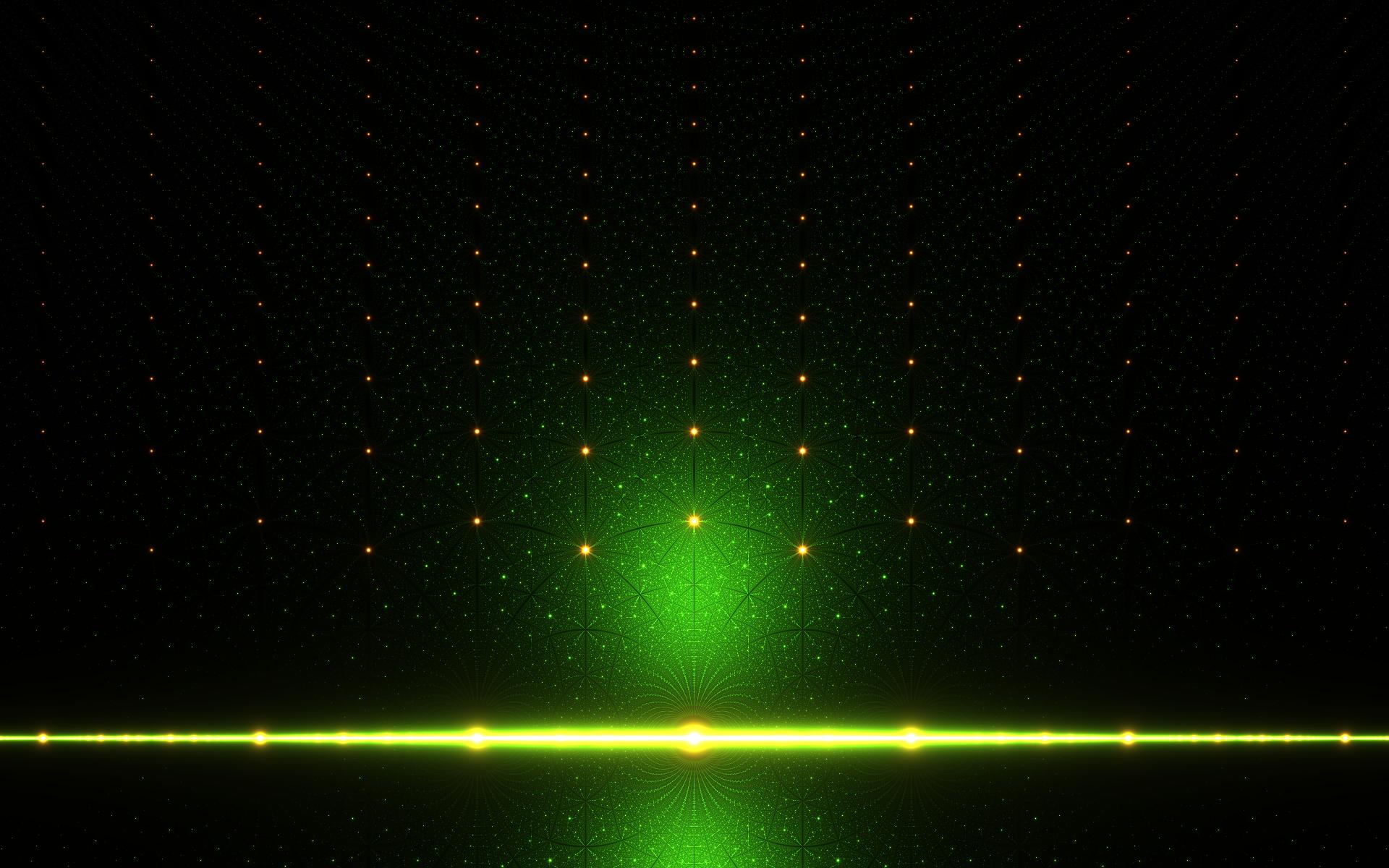 Similar with just quartics (I added additional red lighting for points near the origin): 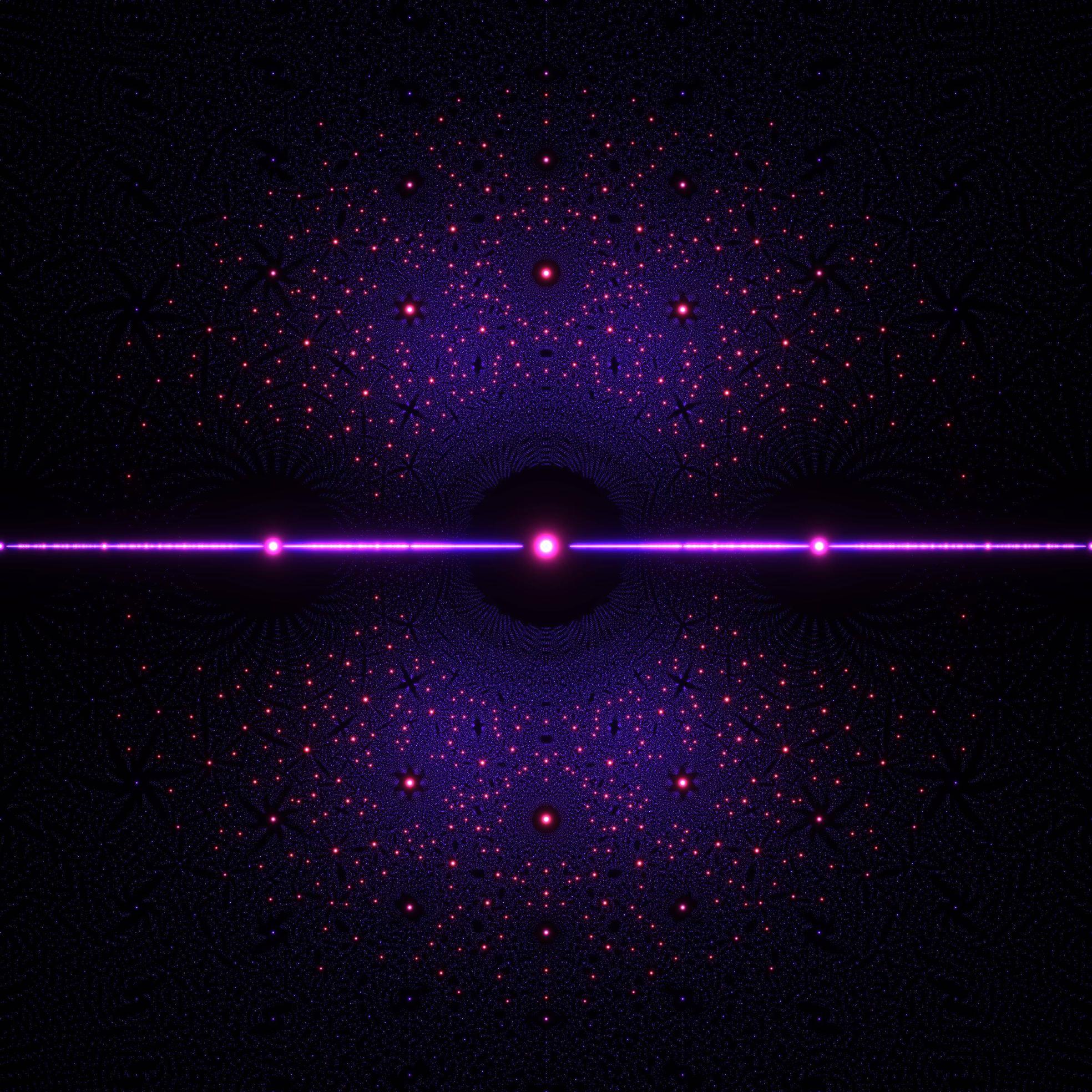 And a large image of monic cubics where the linear coefficient is restricted to be an 8th root of unity:

Here's some code to do the above:

The "Root Generator" generates roots, converts them into a sparse array, and exports it to a file (steps 1-3). The "Root Visualizer" imports the files, and renders them (steps 4-5). It's got decent comments/instructions inside, but you may need to tweak the parameters to get what you want.

Not the answer you're looking for? Browse other questions tagged graphics number-theory or ask your own question.

71
DumpsterDoofus's captivating generative art
35
Exporting extremely large images; arrays generated via TensorProduct use 5 times as much RAM as expected?
3
Solve polynomial for coefficients in a range

2
How to plot on complex plane with Mandelbrot set
1
Arithmetic on algebraic numbers
4
IRR Plot on Complex Plane
3
Expressing numbers as the sum of 2^(2^k) powers
1
How to show an arrow plot of a matrix with complex numbers?
2
Mathematica code for computing the $p$-adic expansion of rational numbers
2
Plotting Minkowski product of two sets in complex 2D plane