plotting animation chemistry
Share
Improve this question
edited May 22 '16 at 9:53 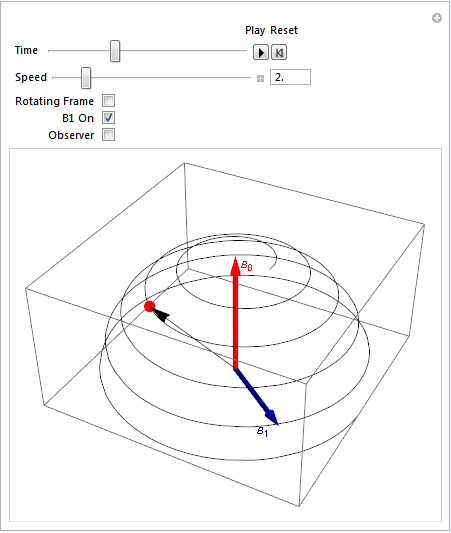 22
How get eigenvectors without phase jump?

18
Combining 3 graphics of different coordinate systems
0
Animation stays blank during animation
10
Dipolar magnetic field lines inside a cylinder
1
How can I illustrate the solution space of these equations in 3D?
2
How to plot a pair of functions as solid and dashed, but a list of those pairs as different colors, in one plot?
0
How can I add a custom color function and a custom mesh to a 3D parametric plot?
1
How would one go about plotting this parameterized curve using numerical resources (analitically it's too hard)?
1
Combining two parameters in animation
1
Plotting the electric field from a moving charge in 3D