How to prevent a standalone kernel from opening windows?

I am trying to make Mathematica do some plots for me as a part of a script. I have a .m file that basically does Import[] on some data followed by

I run this with math -script file.m. However every time I am distracted by a window that appears for a split second when the above command is executed. Obviously this is a source of unnecessary focus loss and delay. I suspect this command is responsible as I did not see it happen when I commented it out. I also believe that a window is not necessary because I can perfectly well run the same script in a text-only runlevel and I get the output plot just fine. How do I reach the same behaviour when running from an X terminal?

As it states in the documentation you can create a script file from File | New | Script (.wls). It has a notebook similar to package development but includes a script header. I put in two lines of code for data and export. The resulting script file contained.

I am on Windows and it seems that wolframscript's installation directory was added to the system paths. Therefore I just went to the directory where I saved the script with the command prompt and entered:

I can also just type in the script file name since the file extension is registered.

No windows popped up and the follow image appeared in my documents directory. 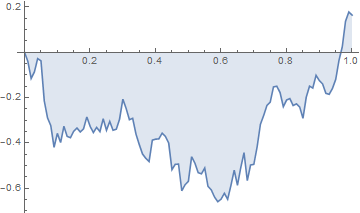 I think WolframScript appeared in version 10.4 or 11. I believe it can be downloaded separately from the link I provided at the top if you have an earlier version.

I believe your graphics export is requiring a front end. This line below should cause it to run in background.

Not the answer you're looking for? Browse other questions tagged linux scripting or ask your own question.

20
Opening a notebook from command line in an existing front end instance
2
Run kernel script in cygwin without window popping up
24
When running Mathematica from a Linux terminal, how can I prevent a script from terminating upon logout?
1
Mathematica script file in Linux - how to export PDF file and close kernel?
22
Prevent 10.2 from creating "Wolfram Mathematica" directory on Linux