Why is Mathematica destroying this graph?

Here I have a picture of a function I graphed: 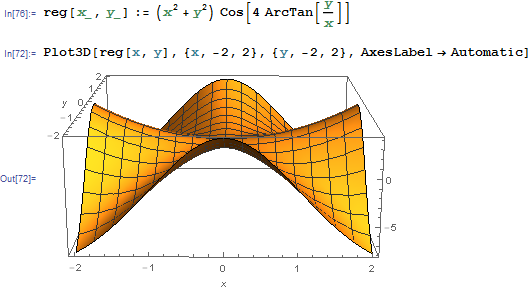 And here is another function that I graphed: 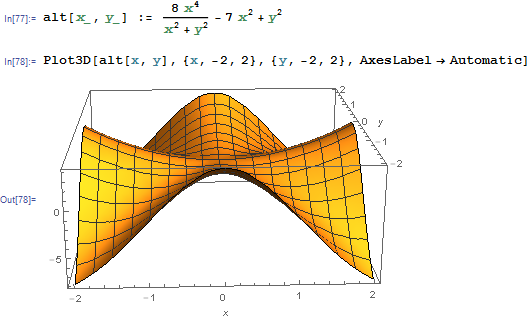 You see they appear identical. Indeed they should be. Yet here is the graph of their difference: 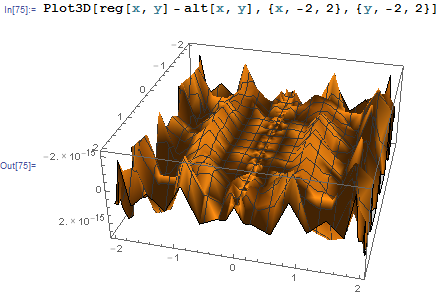 I have tried increasing the plot points, to meet only increasingly disastrous results. What is going on here?

Note that I am currently running a copy of Mathematica 10 on my school's computers, and not my personal copy. So it remains to be seen whether the issue will be reproduced when I get home.

I have included code samples that can be copied and pasted, at the suggestion of a commenter.

plotting numerics machine-precision accuracy
share|improve this question
edited May 17 '16 at 6:32

There are several important things about the way computer systems represent real numbers, which most of the time can be blithely ignored, just like the safety of bridges in the United States.

One important thing is that numbers are discrete. With regular machine precision (double precision), the mantissa has 53 bits, which provides a lot of resolution. For instance, in the interval between two successive powers of $2$ such as $[1, 2)$, there are 2^53 or almost 10^16 numbers that can be represented. For most applications, it's close enough to continuous. But now suppose we've computed two numbers in two different ways and they're supposed to be the same. A rounding error of 1 bit in the last place means an error of 2/2^53 or about 2.2x10^-16. When we subtract them, we don't get zero but a very small number, relative to the size of the numbers in the interval $[1, 2)$.

Okay, now let's look at the graph of the difference:

We see what appear to me to be discontinuous jumps on the order of 3x10^-15. Maybe that is due to rounding error of one or two bits in the computation of the functions. Let's see if that's reasonable. It turns out that in alt[x, y], there is a term that gets as large as 32:

That's just about what we see. In fact it's fairly easy to find them near the maximum.

In fact a computation might have more than one rounding error, and we can find them, too. Note below, that two consecutive machine numbers in the interval $[1,2)$ are separated by 2/2^53 = 2^-52. In Mathematica on most machines, this is represented by $MachineEpsilon. So what we see below is a discontinuous jump in values between successive numbers.

When one uses WorkingPrecision -> n for some number n, a different sort of number is used to represent real numbers, so-called Arbitrary-Precision Numbers. These numbers have a numeric representation of the number with extra digits (bits) to minimize rounding error and a number that represents the precision of the number. When Mathematica computes with these numbers, it computes both a numeric result and its precision. Here are two function computed near the maximum as before, with an input precision of 10 (like setting WorkingPrecision -> 10).

Note that they agree to far more than 10 digits. (Note also that the precisions, 11.978 and 10.505, are different and both increased. There is nothing unusual in this.) When we subtract them, we get zero because none of the differences that can be seen are significant given the precisions of the numbers.

(Note that 9.893 is the Accuracy of the result, not the Precision. It's how many digits after the 0 are zero.) So when you use a WorkingPrecision other than MachinePrecision in plotting the difference, you should expect to see the plane z == 0, provided Mathematica calculates accurately. (A catastrophic loss of precision is possible, although maybe not in this case.) 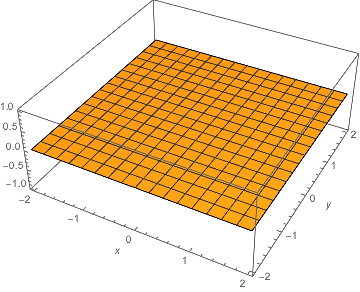 Both Plot3D command give the same picture. But to my mind, the first is a bit misleading. The image gives the impression that the functions are equal, but perhaps they only agree to the first four digits -- an okay, but not a good approximation. For instance the following shows that Exp appears to be a polynomial.

Check out the following

The two expressions are identical so it is not suprising that they produce identical plots.

Not the answer you're looking for? Browse other questions tagged plotting numerics machine-precision accuracy or ask your own question.

7
Mathematica Precision
1
Why Can't Mathematica Integrate this?
1
Why is arithmetic faster for inexact arithmetic?
0
Why won't mathematica plot the 3D Contour of this function?
16
Does Mathematica have an equivalent of C's nextafter?
3
Why does this rounding happen at machine precision?
0
Why Does Mathematica Have Trouble Plotting This?
0
Why this very simple problem turns to “Indeterminate”?