Providing a set of 2D points to BSplineFunction returns a function that requires that the input parameter to the function be between [0,1] no matter what the original domain of the points. In the 2D case that I'm interested in, what is returned from this function are two values: a value in the original units of the domain and its functional value. In other words an x and a y. I am primarily interested in finding the functional value associated with particular domain values. I have seen this before in this forum for example: Does anyone know a better approach than what follows? I have seen essentially a similar question posed before. It seems there is no direct way to provide a domain value and get its functional value. Here's a way to do it but it is slow and computationally expensive:

Here's a plot of bsp: 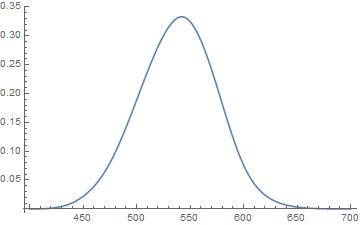 Here's a plot of xy: 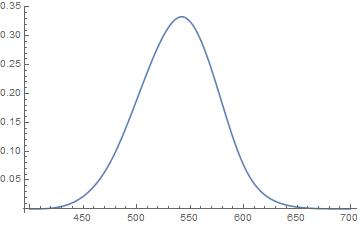 They look identical but for bsp the x-values are given by f with values determined by using [0,1] stepping from 0 to 1 in equal increments of 1/300. The returned domain values are not the integer values in xy. Does anyone have a better solution than finding those [0,1] values that produce a specific domain value as I am with NMinimize?

equation-solving splines
Share
Improve this question
edited May 21 '20 at 0:44

this is essentially the same, but a good bit faster, first tabulate the curve to get good starting values then use FindRoot: 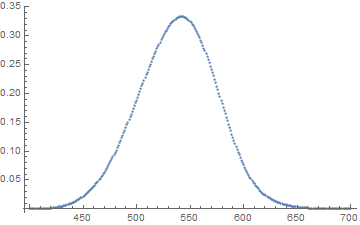 verify we found all the integers:

Not the answer you're looking for? Browse other questions tagged equation-solving splines or ask your own question.

19
BSplineFunction derivatives wrong if using weights?
5
Using roots to get original equation
7
How to boost the performance of my own BSplineFunction
1
Determining the value at which a function becomes non-real or undefined
1
Catching errors while mapping a solver over a list of parameters
3
Finding the real solutions using the ones from a complexification
5
Finding inflection points of 2D BSplineFunction
2
Help with evaluation of the differential of a BSplineFunction?
1
Looking for (possibly) two roots with FindRoot