When modeling systems with WhenEvent and NDSolve I found that the default extrapolation settings used in the returned InterpolatingFunction often cause weird artifacts when plotting the solution. As an example take the following image. It shows the solution of a bouncing ball problem where WhenEvent is used both to let the ball rebound and to stop integration after five bounces. 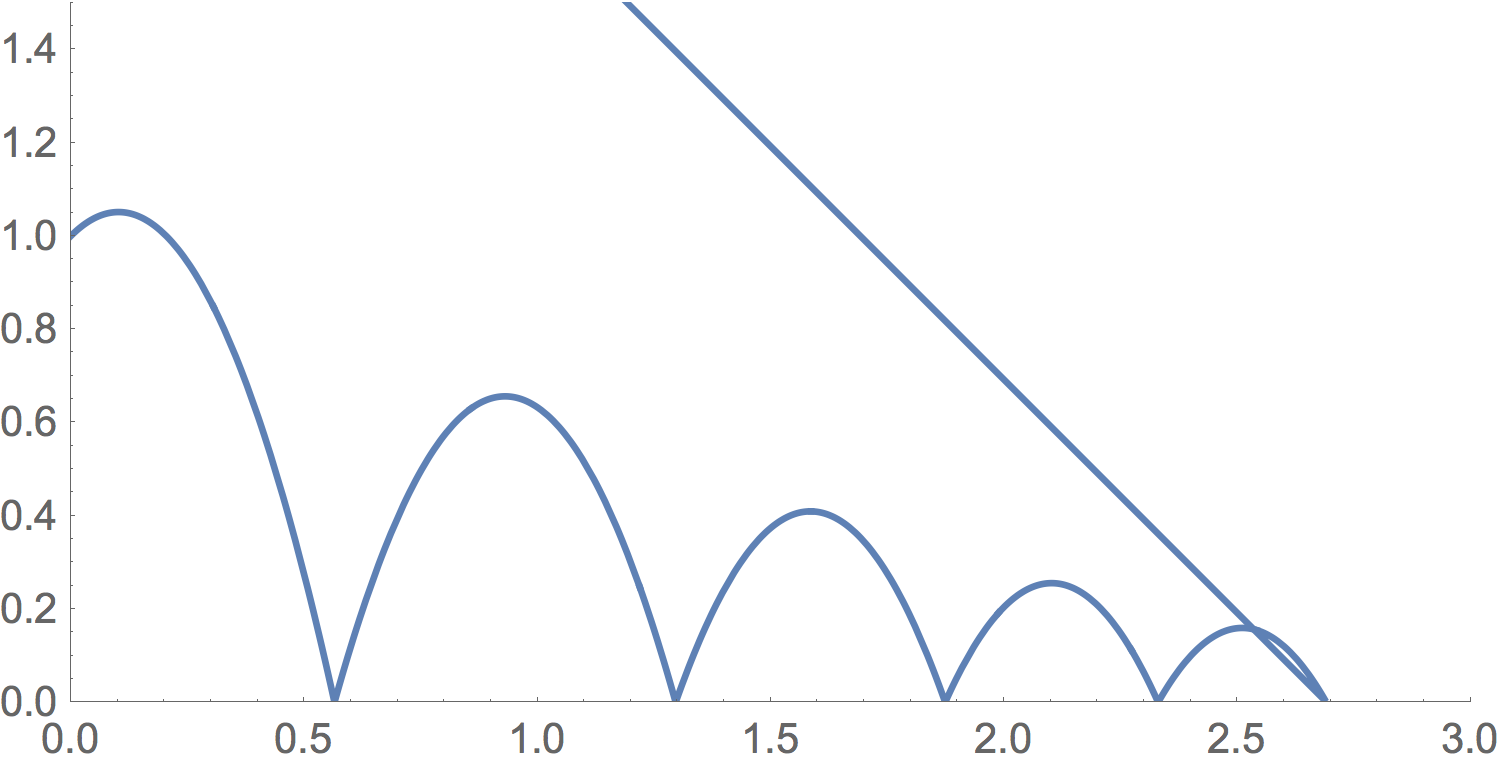 The code that generated the image is:

From Michael E2' answer I know that the undocumented but well known option "ExtrapolationHandler" -> {Indeterminate &, "WarningMessage" -> False} solves the issue.

For the sake of demoing code to people not familiar with Mathematica I would like to temporarily override the standard extrapolation settings so that I don't have to explain to the audience what this arcane code snipped does.

I tried using SetOptions on both NDSolve and InterpolatingFunction but in both cases one gets an error message that this is not a known option.

SetOptions does not work with hidden options, but try the following to obtain the desired result 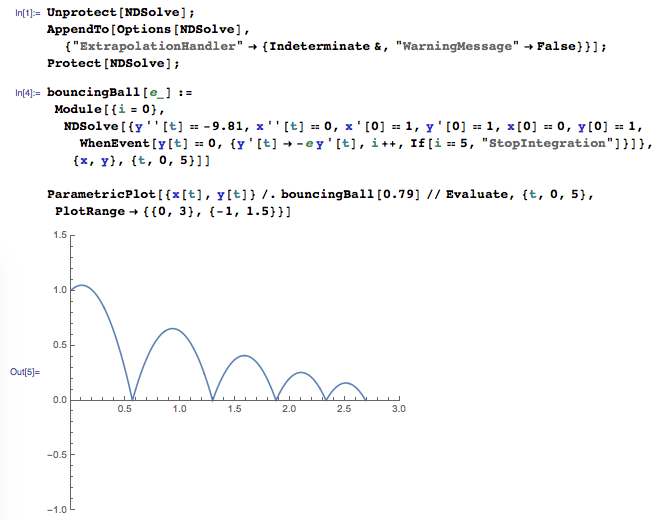 2
How to explain NDSolve that functions must be positive only?
4
ParametricNDSolve KKT Constraint Directly
3
Difficulty with Manipulate that has same variables as other code lines in a notebook
5
How should I deal with messages being produced by my Manipulate?
5
WhenEvent missing closely spaced roots
1
Plotting three functions with distinct colors using ParametricPlot not working
1
Evaluate InterpolatingFunction of two variables on a 2D grid
5
Variation of heat equation with guessed initial condition
2
How can I improve the smoothness of my NDSolve solution?
8
Solving the mean field Kuramoto model with NDSolve