Enumerating all orientations of an undirected graph

I'm trying to enumerate all superorientations (isomorphic superorientations count as one) of an undirected graph. Since graph isomorphism problem is NP-intermediate, I never intended to ask digraphs in the enumeration to be pairwise non-isomorphic. But since the list can be exponentially large, I want to make it as compact as possible, or in other words, to make isomorphic graphs as less as possible.

My attempt is given below.

But it yields too many isomorphic graphs. My question is whether we have other ways to work around. Even we cannot make any improvements in general, but how about some special classes of graphs, say symmetric graphs?

Any suggestions or comments are welcome!

The directg tool from the nauty suite can do this: generate all non-isomorphic orientations of an undirected graph.

It takes its input in Graph6 format, which Mathematica can export to.

It outputs results in Digraph6 format, which the IGraph/M package can handle.

I have directg installed in /opt/local/bin, so I can use 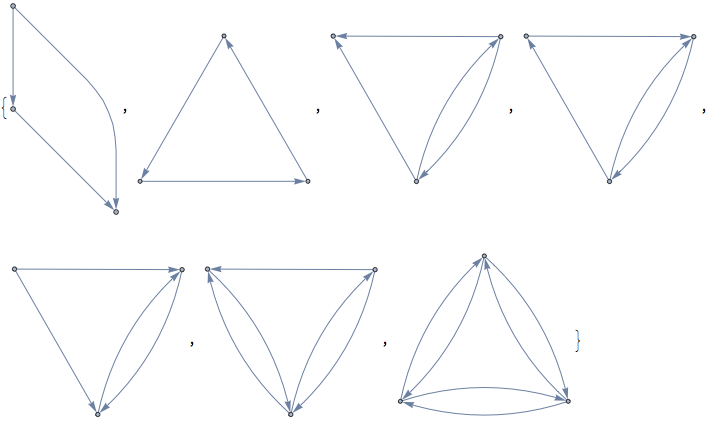 Pass the -o option to orient every edge in a single direction only: 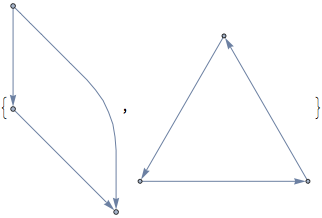 If you only need to count orientations, not output them, directg has an option for that.

Not the answer you're looking for? Browse other questions tagged graphs-and-networks combinatorics or ask your own question.

6
(Efficiently) Generating graphs with vertex degree 3 for all vertices
10
Dynamic Graph visualization
4
How can I construct “better” block graphs?
7
Enumerating all connected graphs with 9 vertices
13
Fast way to get edge-list of graph in terms of vertex indices (not vertex names)
4
Sampling “Random” Cyclic / Acyclic Graphs
6
How to generate random Directed Connected (Planar) graphs?
5
Determine if the edges of a graph are distinguishable