I have some data of corporate board members in Australia in excel format here (Dropbox public link). It is the data behind this graph. The first worksheet is of all the vertexes (directors and companies with a unique ID for each, and a market capitalisation to use for weighting the size of vertexes in displayed graphs). The second worksheet is the relationship between companies and directors (edges).

What I ultimately want is a graph of that eliminates the companies, with undirected edges between only directors who are on boards together.

The above code gets me the below 2-mode graph (includes company and director vertexes). 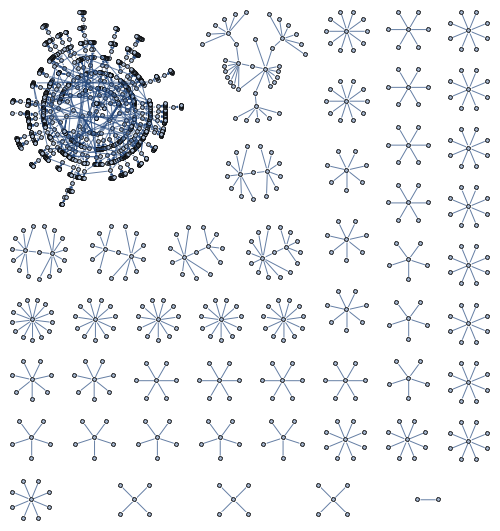 Somehow I want a function that assigns all the possible undirected edges between the directors that have the same company in the first column.

I should then see a graph that looks a bit like the below snippet (my previous function can turn it into an undirected graph).

Obviously the graph will be much bigger because of all the extra edges required - eg. for the 21 directors in BHP there will now be 210 edges between them, instead of the previous 21 between the company and each director.

Ideally I could also create a network for just companies, with edges where they share a common board member. I literally have no idea how to even start, but assume I could apply whatever function someone can come up with to the columns in reverse for this.

I guess the other main question, since I intend to be doing this sort of stuff quite a bit, is whether I first map the unique numerical vertex IDs from the first worksheet in the spreadsheet before doing these type of operations and before working with the resulting graph (measuring centrality, components, clusters, paths etc).

I have been able to divide the edges list by company. I figured that I would take the director name list for each company that comes from this, them make a complete graph of each, then combine them. However CompleteGraph doesn't seem to like the list input

Which gives as output

With a bit of help from @kguler I can assign unique IDs to the names, and do a bit of sorting.

But for some reason the Graph function won't accept what I give it (it looks like a reasonably constructed graph to me). I get the error message "Graph::supp : Mixed graphs and multi graphs are not supported>>"

I've had this problem before, but I though the filtering of Union, DeleteCases etc would have done it.

I managed to get exactly what I wanted done. But to me it looks pretty ugly.

Here's the complete code (that you can use - the data file is on the web).

It gets me the two graph objects that I can then analyse (KCoreComponents, BetweennessCentrality etc). An example is at the bottom of this post.

It anyone has further tips about how to turn this into a couple of functions that accept data in the form of the variable edges, that would be great. I've had a crack, but it's pretty cumbersome with my code.

Also, any tips on presenting large graphs (or links to other discussions, examples) would be appreciated. 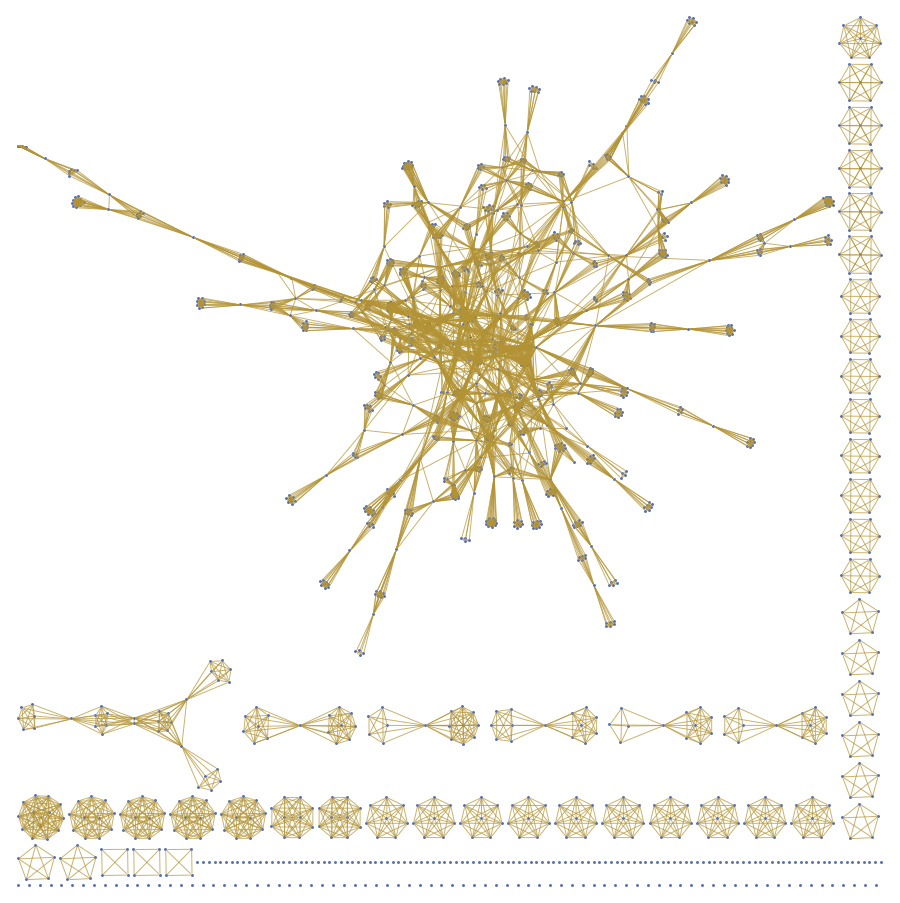 For your last question, you can use ArrayComponents: 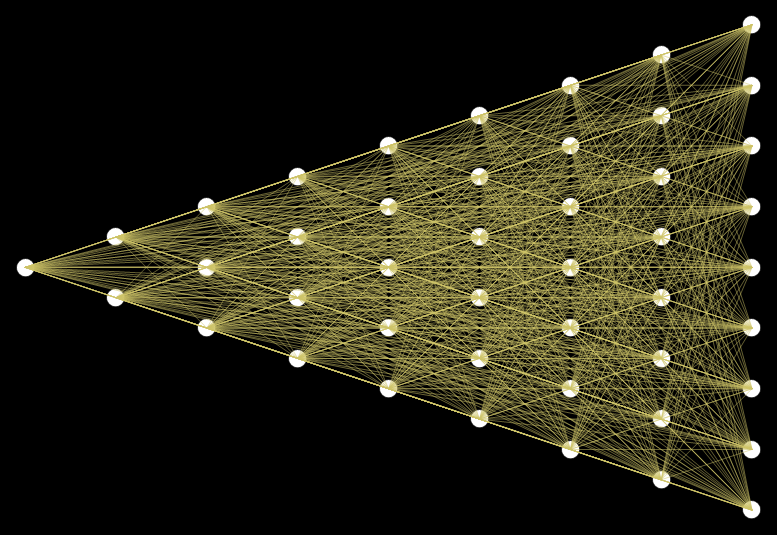 EDIT: Regarding the question in the comments: with a simple list of pairs

Among many alternative ways, you can also use:

to get the same output. The last two should work for arbitrary lists. If you use Union isntead of DeleteDuplicates you get indices based on sorted list of unique elements in datalist. (With ArrayComponents and DeleteDuplicates the indices are based on the order the elements appear in the input list.)

16
Listing subgraphs of G isomorphic to SubG
36
Finding all shortest paths between two vertices
6
Processing and storing a graph with a large number of vertices s.t. k-hop neighborhoods are efficiently retrievable
22
Finding all simple paths between two vertices in a graph
0
Network graph with lights not working
11
Vertex merging in graph?
13
Fast way to get edge-list of graph in terms of vertex indices (not vertex names)
8
Graph network plot