How to rescale a NDSolve curve to fit in a box?

I'm numerically solving some differential equations and the 3D curve I get has a very complicated shape and size that cannot be predicted from the initial conditions.

I need to rescale the whole curve to fit it entirely inside the cube defined below. As a simple example, lets say the curve is this one (the real curve is much more complicated than that, and strongly depends on the initial conditions !) :

Now, I would like to rescale the whole curve so it fits entirely inside a centered cube of size 10 :

How can I do that rescaling ?

Just in case this is important : the real curve would be shown with a Manipulate code, to change the initial conditions. When I change these, the curve's shape and size change accordingly, but it still need to be rescaled to fit inside the same cube. 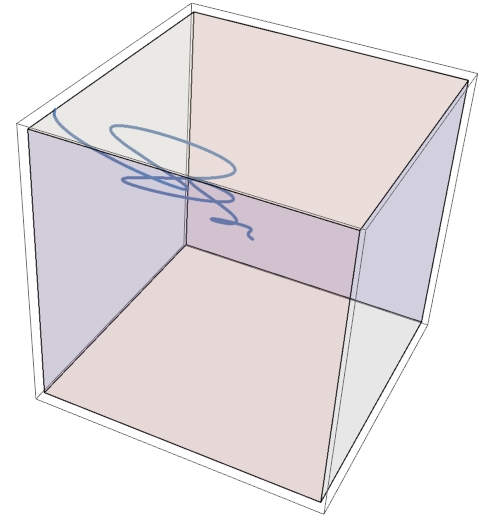 Not the answer you're looking for? Browse other questions tagged plotting differential-equations graphics3d output scaling or ask your own question.

3
How to rescale a Graphics3D object?
3
Resonance Curve using NDSolve
7
Controlling scaling of multiple vector fields in VectorPlot3D
5
Help needed for understanding NDSolve architecture -Vacuum Heating Simulation
7
Weird behaviour for a vector InterpolatingFunction inside an NDSolve
4
NDSolve mixing many scalar and vector equations
1
How to Resize/Rescale a Mesh?
2
Rescale Graphics3D Based on Box Ratios