I have faced with problem of not completely correct phase trajectories of ODE, which was produced by StreamPlot.

Next following code ends up with this plot: 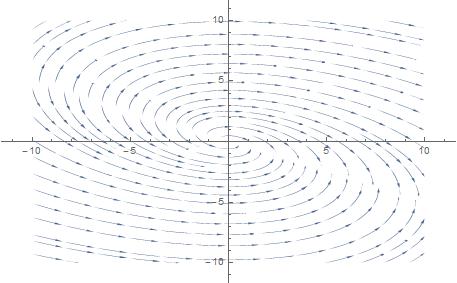 Unfortunately, streamlines are interrupting on line $y = -\dfrac{x}{2}$, when they should go as they were. By this, I mean that there should be only clockwise directed streamlines.

Is there any straightforward way to deal with this issue? Thank you!

Will this do the trick:

Since we're not given an ODE by the OP, it's hard to comment on which phase portrait is correct. But taking the OP's desire for clockwise flow as given and working backwards, we might reach the following system (or a positive multiple of it): $${dx \over dt} = x+2y,\ {dy \over dt} = -x \,.\tag{1}$$ In that case, the phase field is given by 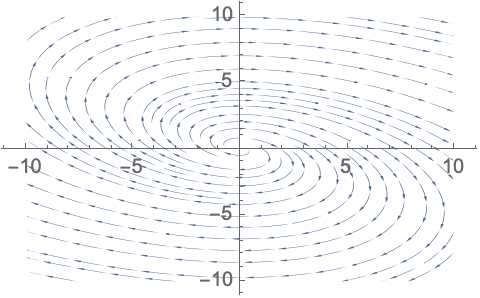 5
How Does StreamPlot Handle Singularity or Indeterminates?

29
Plotting a set of trajectories (not a vector field) in 3D
8
Getting clearer StreamPlot output
15
How do I plot a proper streamline plot, including spacings and line endings?
2
StreamPlot not working
3
StreamPlot plots only one plot
2
Phase plane building with StreamPlot
1
Customizing Streamplot with other plots
6
Discontinuous lines in StreamPlot