Tracing an image to produce a vector graphic

I have a line-drawing that I would like to trace into a vector graphic, but cannot find documentation on how to perform some of the basic graphic functions necessary to do this. Here is an example screenshot: 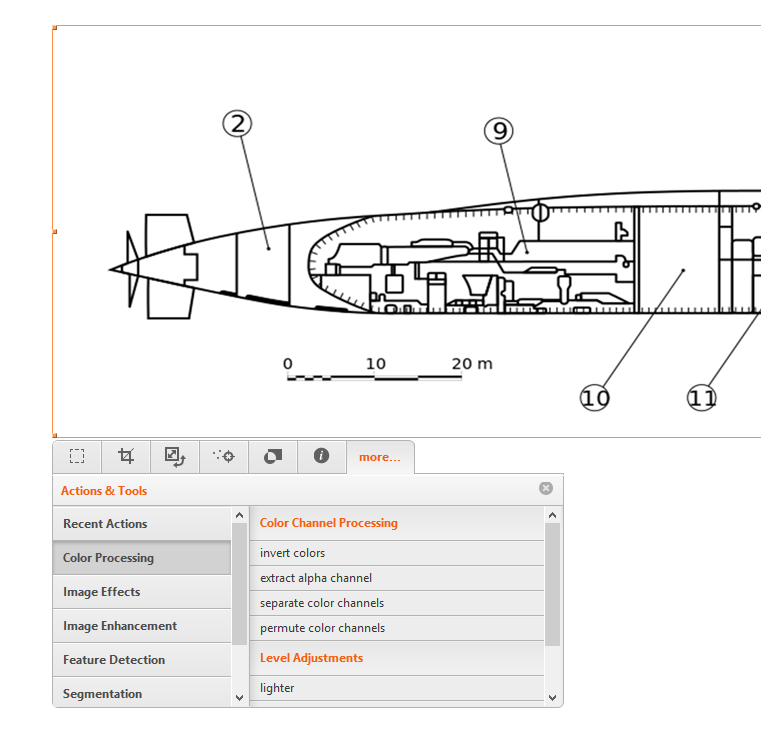 Here I have pasted a line drawing of a submarine into a cell. I want to trace some of the lines from this drawing, add some new lines, then make some measurements using the scale in the drawing (20m).

For example, I tried using the "lighter" control shown in the screen shot, but it did not appear to do anything. I also tried using the "fill opacity" in the graphics toolbox (not shown), but that did not work either. (I think that must only apply to objects that I draw, not to pasted images.)

If I have a line I have drawn on top of the image, how can measure its length according to the scale in the drawing?

When I try to Binarize the image (according the answer below) it does not work for me, but produces this: 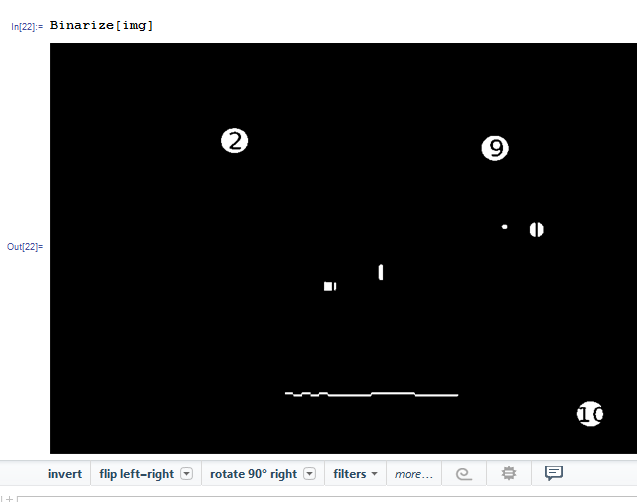 You can use Colorize to make the black lines yellow (or any other color). 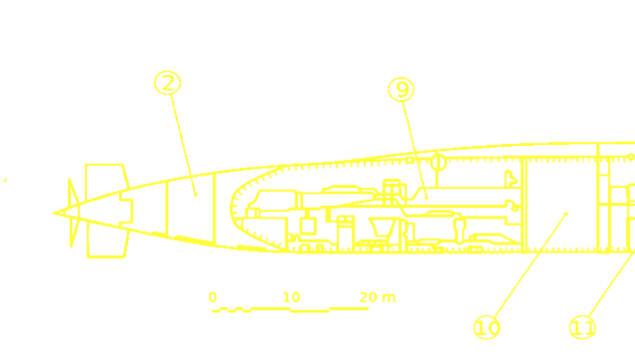 I was able to get the yellow outline with the following expression:

This still leaves the problem of how to trace bezier curves on my object and then determine the length of particular lines. Eventually I gave up and did it in Adobe Illustrator. Kind of disappointing I could not do it in Mathematica.

9
Adding colors to graphic objects made with the new function AnglePath
2
graphics - Overlaping Image in red and green scale, mixing pure colors
14
Converting image into graphics
1
Orthogonal Projection of vector onto plane
0
Editing the graphic generated by ListDensityPlot
0
Getting Mathematica to consider the scale of an image
2
Efficiently saving a vector graphic with RegionPlot and labels