I am doing a straightforward deletion of a set of vertices in a Tree using Mathematica.

However, I want to delete some vertices:

Although I deleted Vertices 11 and 12, the resultant graph still contains vertices labeled 11 and 12. Is there a bug in VertexDelete?

No, this is not a bug in VertexDelete.

TreePlot, along with GraphPlot, is an old function that predates the introduction of Graph objects. Consider it deprecated that is only kept for backwards compatibility.

Or if you already have g, then you can use

Or even use (since Mathematica 10)

If g was originally created using CompleteKaryTree then this latter form will not work. That is a bug, but completely unrelated to your question.

With the standard, modern way of displaying graphs you can observe that VertexDelete does give a correct result:

Why does TreePlot appear to show this graph incorrectly then?

That's because as I said TreePlot was introduced in version 6 when there were no Graph objects. The tree was instead specified as a list of rules. It was not even possible to plot a forest (i.e. multiple unconnected trees, like your example) with it. TreePlot is still included in the current version for the sake of backwards compatibility: so Mathematica can still run old programs which do not use Graph.

TreePlot was also updated to have some support for Graph objects, but this support is incomplete. The names of vertices are not preserved when converting a Graph to a TreePlot compatible form. What is displayed with VertexLabeling -> True is not the names of vertices in this case, but their indices.

Do not use old deprecated graph functions with new Graph objects. Use the new functionality: everything that TreePlot could do has a newer alternative.

There are several GraphLayouts especially suitable for trees:

The others are "LayeredDigraphEmbedding", "BalloonEmbedding" and "RadialEmbedding". The root vertex can also be specified, please check here.

The IGraph/M package has a few additional tree-specific layouts which may give slightly different results than Mathematica's builtin.

There is no bug. Vertices 11 and 12 were indeed deleted from a.

When you plot two trees, vertices 5 and 6 each direct to two vertices in a and only to one vertex in c. The labeling of vertices on the plot has changed but the vertices didn't. 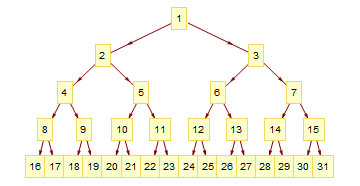 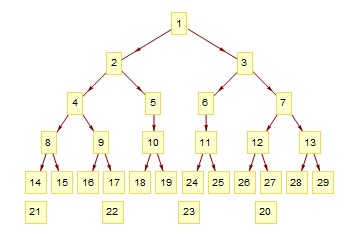 Not the answer you're looking for? Browse other questions tagged graphs-and-networks trees or ask your own question.

7
Is there something wrong with VertexConnectivity
11
Finding the minimum vertex cut of a graph
4
AdjacencyList of DirectedEdges in Graph ignore edge direction
6
Delete vertices of degree 2 and rewire graph
1
How do I create a recursive tree plot for the Fibonacci sequence?
7
VertexReplace destroys edge labels
2
Why I can't filter vertices from graph using subgraph by custom properties?
7
CommunityGraphPlot without force layout
4
Sampling “Random” Cyclic / Acyclic Graphs