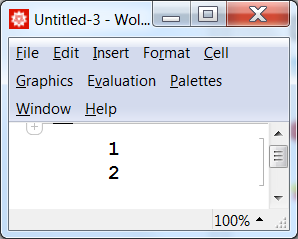 8
What does the pair "\<" and "\>" in a string do?
7
Undocumented Backslash-LessThan operator in strings?
2
What's going on with \> and \< in strings?
2
Why does the kernel strip \< and \> from strings
6
How to make tabs aligned in Print?
7
How to get "one Cell - one line" code format inside of NB files?
7
Error when combining Except, "*" and an additional character
3
Write commands in a texteditor as a low-level notebook expression

35
How do I extract the contents of a selected cell as plain text?
22
Tokenize Mathematica input in a simple way
13
How to embed an image into a string?
6
How to convert an image to a compressed string representation equivalent to one copied to clipboard by `CopyToClipboard[image]`?
5
Continuous background color of adjacent cells
2
What sets of boxes can be selected?
6
Store Dynamic-accessible hidden metadata in a cell
3
Updating a Dynamic variable based on another variable's change