Can I get rid of the noise in my differential equation solution?

I am solving a differential equation:

My issue is that the plots of Re[y[x,t]] for a specific t and -Pi<=x<=Pi show significant noise. Is there any way to get rid of it, or solve the equation in a different way so that this does not occur? 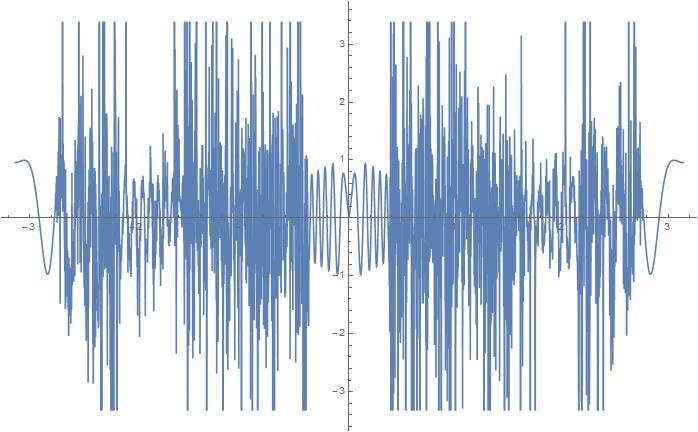 The solution is an even function with maximal and minimal values of +1 and -1, whereas the plot clearly shows "random" spikes.

As march predicted in a comment above, the noise in the plots is a precision issue. A small improvement can be obtained by setting c to a rational number,

and applying FullSimplify to y[x, t]. before plotting. Nonetheless, even at t = 0, the solution is quite noisy. To illustrate, compare the initial condition on u with y[x, 0]. 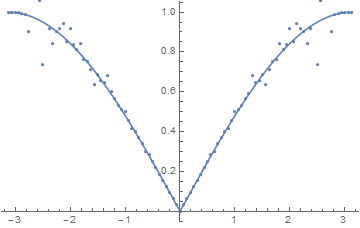 Note that ListPlot is used instead of Plot to produce results in a reasonable time. Plot is painfully slow due both to the noise and to how slowly ParabolicCylinderD evaluates with complex arguments. (The solution produced by DSolve contains several parabolic cylinder functions.) Even ListPlot{Table[...]] takes 17 seconds on my PC.

An obvious course of action is to use higher precision, say 30. To do so, use

Indeed, this eliminates the noise, although the computation now takes 40 seconds.

High precision can, of course, be used with Plot, for instance,

but remains painfully slow and, moreover, omits a portion of the plot. On the other hand,

Instead, smooth curves can be obtained reasonably quickly by solving the original equation numerically. 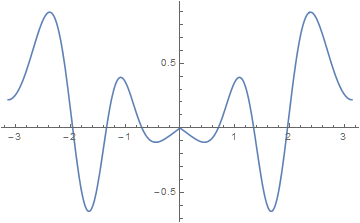 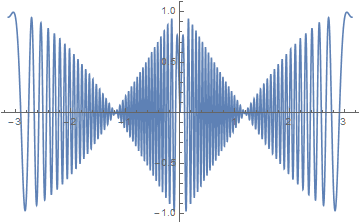 Based on the analysis in my answer to a related question, y[x, 100] can be plotted with

to produce the second curve above in about seven minutes (on my PC). Thus, NDSolve remains the function of choice to obtain plots of y quickly.

Incidentally, The Wronskian of the t-dependent parabolic cylinder functions appearing in y is given by

Because the Wronskian appears as part of y, it is not surprising that very high precision is necessary to obtain accurate values of y except for Sin[x] near zero.

The above definition is in terms of the parabolic cylinder function, ParabolicCylinderD. FunctionExpand can be used to convert to the Hermite polynomial, HermiteH

Use the option WorkingPrecision in Plot to reduce noise in the plot. 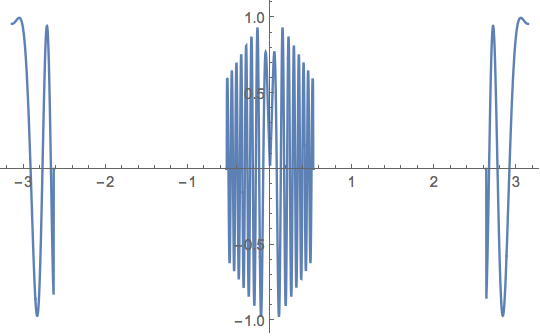 Not the answer you're looking for? Browse other questions tagged plotting differential-equations symbolic special-functions precision or ask your own question.

7
Portion of Curve Omitted by Plot

14
How to correctly use DSolve when the force is an impulse (dirac delta) and initial conditions are not zero
12
Incorrect evaluation of integral involving a DiracDelta, whose argument has infinitely many zeros
22
Getting rid of spikes in the PDE solution
1
How to get a simpler solution of this differential equation?
13
How to enforce a symmetric solution with FEM?
3
differential equation solution with DSolve
3
SciDraw issues with LogTicks to make a Log-Log plot
0
How to deal with the loss of significant digits in this expression with Fresnel integrals?
0
Non-linear differential equation with tricky variable dependence