How can I define geographic regions and new entities?

There are three functions (GeoListPlot, GeoGraphics and Entity) related to working with geographic regions but it is not clear from the documentation how to create new Entities or custom geographic regions. For example, in some cases a person might want to create a new entity from an existing entity either by modifying its borders using custom coordinates, or by adding/subtracting existing entities (such as if one country annexed another). I am not talking about making geographic groups, but actually creating a new region.

Is the proper action to create an Entity or are Entities only created by Wolfram (built-in)? If you can't create your own Entities, then what is the right way to work with custom geography. For example, let's say you wanted to create a globe of the Mapparium which depicts the world as it was in 1934: 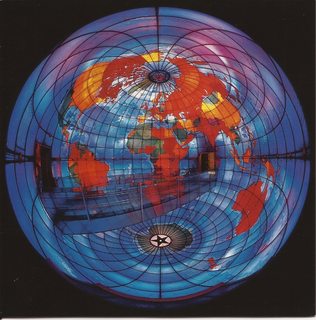 Many of the countries had borders different than those they have today. What would be the proper (or reasonably efficient way) to create the necessary region objects?

Since release of Wolfram Language 11 users can define their own entities with:

Not the answer you're looking for? Browse other questions tagged regions geography entity or ask your own question.

27
How to plot data by counties?
6
Map of Swedish regions?
1
SatelliteData for a hypothetical satellite

71
How to make a 3D globe?
13
Geographic background containing both outlines and contours: how?
2
How to visualize such PopularCurve entities?
16
Administrative Divisions bordering a geographic region (e.g. an ocean)
10
Pixel perfect world map with no border lines