I'm an artist trying out digital media. I'm very new to Mathematica, however, so excuse me if this a basic question (which I'm sure it is). I did look, though, for anything on this site related to my situation.

I've created a Graphics3D object composed of many shapes, something like

Everything is working properly, and it looks fine, but I'd like to move it around (rotate it and actually move it in the coordinate space). Apart from individually changing the rotation and center of each component (e.g., Sphere[{1, 0, 0}]), is there something I can do to manipulate one iteration of the whole figure?

Ultimately, I'm going to be creating a bunch of different copies of the object and combining them.

My attempt at translating the whole figure inspired by this question:

This only gives me the error "Graphics is not a Graphics3D primitive or directive."

Rotation, however, seems to work fine, though I run into trouble with Show[]:

You can do many things with the whole figure, f.e. rotate it 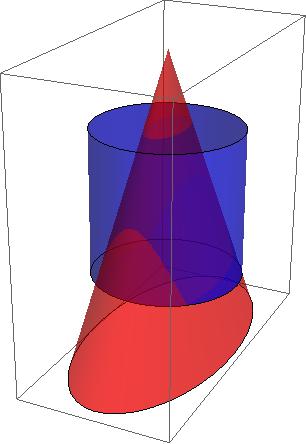 You have to use First. With the above definition of gr

6
How to transform and combine multiple Graphics3D into one?

7
Building a molecule viewer: aesthetic rotations
7
Is it possible to manipulate a graphics object with 3 rotation transforms simultaneously?
13
How to display MeshRegion without vertices
2
Translating and Rotating a Region
5
Changing the Rotate behavior of a 3D graphics
3
How to find Graphics coordinates in 3D Plot in Mathematica 9
3
Graph a cylinder moving in 3D